The Heart of God:The Nature of Self-Realization. By Dr. Harsh K. Luthar 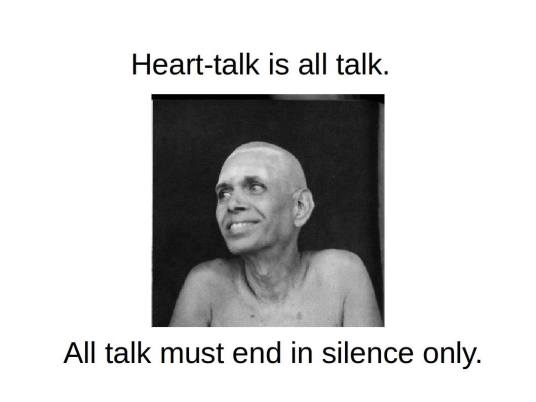 The difficulty in many of our conversations about spiritual insight is that the true understanding is not intellectual or conceptual, but absolutely direct. It is clear and direct without the medium of the mind.

Truth has never been a monopoly of a particular religion or spiritual tradition. How can it be? Some may disagree, but in my view, God does not play favorites.

We cannot make Truth our personal property but only allow the quality of Truth to overtake us and shine in us. We cannot possess God but only surrender to the Divine Will and let God take over our life.

Once this surrender takes place, there is really not much more left to be accomplished. Surrender evokes the final Grace letting us merge in the very Heart of God. Only then we see that we have never left that Heart and in every sense of the word, we are the Heart ItSelf.

The term “Heart” to describe the nature of the Self as pure being has been used extensively by the Sage of Arunachala, Sri Ramana Maharshi. For those wishing to know more about the Heart and Samadhi please see the following links.

Sri Ramana’s realization happened at a very young age without much exposure to the Advaitic scriptures or even the benefit of a Guru, at least in his last birth. It was only later that he learned about Advaita and saw that his own Realization of the Self was being described in the Upanishads and other scriptures.

Probably because Sri Ramana realized the Self without prior learning or conditioning, there was nothing too rigid about his teachings and he adapted himself to every person who sought his advice.

It is certainly true that Sri Ramana was not a traditional Advaitin. In fact, Sri Ramana’s comments on other religions and philosophies tended to be generous and he showed great regard for Buddha when his name came up and sometimes quoted from the Bible and the old testament as well. He enjoyed saying that God gave his name to Moses by saying, “I Am That I AM”.

Most of Sri Ramana’s Advaitic learning occurred after his Realization by chance of circumstances due to the nature of devotees who gathered around him. Because of his direct experience, he could easily understand any scripture brought to him and explain its meaning.

The greatest yogis of India and Shankracharyas sat the feet of the Sage of Arunachala and had the benefit of his grace and radiance.

Sri Ramana always went to the heart of the matter on Self-Realization and stated that it was only possible by turning the mind within to its source. This was the direct method.

Sri Ramana taught the devotees to steer clear of fruitless debates and judgments about other paths as these do not help in Self-Realization.

How true is that advice my friends!

But where can we find the answers to such questions other than the mind? And yet, it is the mind, the conflicted nature of our mind, that clouds our Self-nature.

The dilemma is clear even to our wretched mind! Sri Krishna says to Arjuna in the Bhagavad-Gita that the mind that is cultivated and made pure is our best friend, but the uncontrolled mind can be our worst enemy. Seldom has a more profound truth been uttered.

Reaching the highest peak, the scene is the same for everyone. Advaita says that One’s Own Being ItSelf Is the Scene! Call it Fullness or Emptiness. It is the same sameness everywhere.

Great sages indicate that the arguments in the name of religion, spirituality, one’s tradition, happen at the ground floors, at the intermediate levels, and not at the highest height.

At the highest peak only the vision of silence pervades.

In order to go high, one has to be light and without burdens. To soar, one has to leave behind the baggage of mental conditioning made heavier by infatuation with words. Even the most beautiful and sublime concepts can become traps for the mind enabling it to maintain its separate identity.

We have to understand the essential teaching of pure Advaita. What is that teaching? It is pure and simple. Aham Brahmasmi!  It means that I MySelf Am the Highest Reality. Anything else we perceive, we are not, and ultimately, there is nothing else other than the Self.

Advaita teaches that we should not identify with either internal or external perceptions. That is what is meant by the teachings of neti, neti, neti. It means I am not this, not this.

When we find an idea attractive, when we are stuck to a belief, an opinion, we can enjoy it but when the time comes we smile and say neti, neti, neti.  If not, we have achieved the status of good debaters only. If we are too much attached to conceptual luggage, it will weigh us down. To go to the height, one has to be light.

I have told this story before and I like telling it because I heard it when I was 21 and very young and impressionable. The story has this message that there is no need to look elsewhere other than where you are, your own heart. This is why Upanishads say, “Thou Art That”. It means that You, YourSelf are the Highest Reality. The Highest Reality is exactly where You already are. You need not go look for it somewhere. It is with you as your own Self.

My teacher used to visit Sri Ramana as a teenager. On one of the visits Sri Ramana was silent. Sometimes Sri Ramana liked to keep silent for certain periods. My teacher asked him about the nature of the highest reality. Sri Ramana did not respond right away. Then the Sage smiled and without speaking, pointed with his finger, first to the sky and then the same finger to his (Sri Ramana’s) chest.

When I heard the story,  it seemed to me that the highest height is the same as the deepest depth. My experience is that all paths converge when the mind loses its preferences to a path. Shakti Yoga becomes Jnana Yoga. How could it not? Shakti unerringly finds its own Source and reveals ItSelf to be Shiva.

The dynamic and the static become identical. Becoming merges with Being to reveal its own Reality as the One without a second. Whatever path one takes, one can only come to where One Already Is and what One Already Is. Call it by any name.

It is simply a recognition of who we are with immediacy and directness. Sat-Chit-Ananda-Nityam-Poornum! The light of the Self seems small and far away as we start on the spiritual path. When we approach it and become lost in the eye of the I, we are consumed by it.

As long as the individual self has not been swallowed up by Pure Being, there is fear and separation. When, through grace, the individual is allowed to give up the mind and life and surrender fully to the Lord of the  Heart, it is magic.

Small fish gets eaten by the Whale! How terrifying for the small fish! We are that small fish my friends!

The Whale swallows the small fish and then the most amazing mystery reveals ItSelf. Upon its ego death, the small fish immediately awakens to its True Reality, its True Identity, and recognizes that It has always been the Big Whale ItSelf.

That is Self-Realization. That is Advaita.  It is the recognition of what has always been true and clear. Aham Brahamasmi! That is what the Advaitic scriptures are saying.

You may think  you are a small fish. Yet You YourSelf are the Big Whale!

4 thoughts on “The Heart of God:The Nature of Self-Realization. By Dr. Harsh K. Luthar”