You Are What You Eat

Are we Really what we Eat?
The Need for a Vegetarian Diet!

Science tells us that the food we eat is transformed into energy that fuels the physical body. Only in our recent times has science acknowledged that there is also another energy imbued within our food, of a far more subtle nature, that influences not only the physical sphere of our being, but more importantly, the mental realm of our existence. Although modern science holds the trophy for “The slowest learners on earth”, they are now admitting that the most profound and powerful effect food has on man occurs at the psychological plane of existence.

This fact is, of course, based on the Maxim of physics that all elements in existence are essentially energy, and that energy is constant. The constancy of energy is defined by its nature of being impervious to essential altercation. The energy in the beginning of a process is the same at the end of the said process. What goes in, stays in!

In terms of ingestion of digestible matter, the quality of the energy, scientifically and specifically the vibratory rate, that dominated the nature of the plant or animal that is being eaten, is directly transferred through the digestive process and into the mind of the consumer. Thus our mind, our perception, and finally our spirit become what we eat!

If the energy is heavy or inert, little can be done with it to produce the state of silence and clarity needed to reflect the truth of spirit. Certain actions darken the mind and make it thick or heavy, vibrating very slowly–sometimes seemingly not at all. On the other hand, some actions lighten the mind, making it fluid and subtle, vibrating at a very high level. It is this latter condition that is needed for attaining the state of liberation–or rather, the state that liberates the spirit from the illusion of bondage and suffering. It is really the mind that becomes liberated, but that liberation also affects the essentially ever-free spirit and sets it free from involvement with the mind. And to attain such liberation the mind must be purified and refined. Thus, vegetarian diet becomes one of the best and strongest means for its purification.

“When we realize that any physical object has all the levels which we do, namely, the physical, biomagnetic, sensory, intellectual and will bodies, we can understand the importance of the kind and quality of food we eat. For not only does the physical substance of the food become assimilated into our physical body, so also do the subtler energies become united to our inner levels. This is the teaching of the Chandogya Upanishad:

“It is obvious, then, that the food we eat is going to determine the quality and condition of all the levels of our being. Our food has the same levels we do, and the different energies of the food are absorbed into our corresponding levels. Therefore when we eat something, it not only affects us on all levels of our existence, it becomes those levels. In this very real sense we indeed are what we eat. In esoteric philosophy our various levels are looked upon as separate bodies through which our consciousness operates. Since those bodies are formed essentially from the food we eat, they will be conditioned by and function according to the kind of energy extracted from the food. We are very much like the child’s toy that is a series of colored rings stacked on a rod. That is, we are successive layers of subtler and subtler energy that are connected to the physical body. From these energy levels the different life  processes are empowered and administered. When the energies within us are positive, they produce harmonious states of mind and behavior. But when the energies are negative, they move in a random and chaotic manner and produce negative states of mind and, consequently, negative behavior. Moreover, these toxic energies can also manifest as physical illnesses or defects. Substances that are toxic to the body–such as meat, alcohol, nicotine, and drugs–are toxic on the inner levels as well, and their ingestion poisons all our bodies by putting into them negative energies which are going to manifest in the disrupting manner just described. On the other hand, fruits, vegetables, and grains are reservoirs of pure, basic life energies that are very light and malleable. These energies are easily assimilated into all our bodies and made to take on our specific, unique life vibrations and karmic patterns.” 2

Thus, we must accept, and can on no legitimate grounds refute the facts of the twofold statement: “You are what you think, and you think like what you eat!”  Therefore, it can be gleaned, from both the material as well as the spiritual viewpoint, why Sri Ramana Maharshi stressed a vegetarian diet.

Question: I have heard it said that the Maharshi set no rules of conduct or lifestyle within the Ashram that came up around him. Therefore, how can what is being said regarding a vegetarian diet be essential for spiritual attainment?

It is in fact openly stated, and recorded within several of the published core teachings at the Ashram that Bhagavan Ramana set forth only one regulation for the devotees living within the Ashram, as well as for those living outside that followed his teaching. This one rule of life regarded the maintaining of a sattvic (pure) diet.

Question: Did Bhagavan ever explain why maintaining purity of diet was important, and what constituted a sattvic or pure diet?

He did explain the reason why a vegetarian diet was, and is even to this day, maintained at all times. This discipline was central to his guidance of effective means of sublimating (uplifting) the mind and its direction towards reflection upon its True Nature. His guidance stressed an ever purer awareness or quality of mind, which paved the way towards awareness within the heart, the essential home of our Eternal Self.

In Bhagavan’s own words we find recorded:

Devotee: What diet is prescribed for a sadhak (one engaged in spiritual practices)?
Maharshi: Sattvic food in limited quantities.
D.: What is sattvic food?
M.: Bread, fruits, vegetables, milk, etc.
D.: Some people take fish in North India. May it be done?
(The Maharshi made no answer.)
D.: We Europeans are accustomed to a particular diet; change of diet affects health and weakens the mind. Is it not necessary to keep up physical health?
M.: Quite necessary. The weaker the body the stronger the mind grows.
D.: In the absence of our usual diet our health suffers and the mind loses strength.
M.: What do you mean by strength of mind?
D.: The power to eliminate worldly attachment.
M.: The quality of food influences the mind. The mind feeds on the food consumed.
D.: Really! How can the Europeans adjust themselves to sattvic food only?
M.: (Pointing to Mr. Evans-Wentz) You have been taking our food.
Do you feel uncomfortable on that account?
Mr. Evans-Wentz: No. Because I am accustomed to it.
D.: What about those not so accustomed?
M.: Habit is only adjustment to the environment. It is the mind that matters. The fact is that the mind has been trained to think certain foods tasty and good. The food material is to be had both in vegetarian and nonvegetarian diet equally well. But the mind desires such food as it is accustomed to and considers tasty.
D.: Are there restrictions for the realised man in a similar manner?
M.: No. He is steady and not influenced by the food he takes.
D.: Is it not killing life to prepare meat diet?
M.: Ahimsa stands foremost in the code of discipline for the yogis.
D.: Even plants have life.
M.: So too the slabs you sit on!
D.: May we gradually get ourselves accustomed to vegetarian food?
M.: Yes. That is the way. 3

In this example, and as is seen throughout the teachings of Sri Ramana Maharshi, Bhagavan is stressing: “It is the mind that matters.” Furthermore, “The mind feeds on the food consumed”, and “The weaker the body the stronger the mind grows.”

In the following story, we are being shown that a pure diet will not only elevate the quality of the mind, but will also keep the body free from illness: “One afternoon at 3 o’clock, a devotee who was going to Madras gave a small tin containing some ointment and said that if that medicine was applied to Bhagavan’s legs, the pain would decrease, and that if Bhagavan would continuously use it, he would bring a dozen tins of it from Madras. Bhagavan replied, saying: “Enough. The Karpura Thailam I am using now is adequate. Why do I require such costly medicines? If diet is properly regulated, no medicine will be required. When these medicines are used, the ailment apparently disappears, but it starts again. That is because of some irregularity in diet.” 4

One of the close disciples who lived with Bhagavan, Arthur Osborne, related what the Maharshi taught him: “It should be explained for non-Hindu readers, that the practice of vegetarianism is not only out of disinclination to take life or eat flesh, though that is one reason for it; it is also because unsattvic food tends to increase animal passions and impede spiritual effort.” 5

Although the Ashram food was strictly vegetarian, Alagammal, Bhagavan’s mother, like some very devout Brahmins, went still further and considered some vegetables (i.e. onions) also unsattvic (impure). When Bhagavan would sit with the devotees in the kitchen and peel onions, Alagammal would weep bitterly. In response, Bhagavan would retort while holding up an onion: “Behold the powers of this small bulb.” She would then weep all the more loudly. Bhagavan had the final word, and would say mockingly: “Mind that onion! It is a great obstacle to Moksha (Deliverance)! It should be said here that Sri Bhagavan did not disapprove of orthodoxy in general. In this case there was excessive attachment to the forms of orthodoxy and that was what he attacked. In general he laid stress on the importance of sattvic (pure) food. He did not often give any injunctions at all concerning outer activity; his usual method was to sow the spiritual seed in the heart and leave it to shape the outer life as it grew. The injunctions came from within.” 6 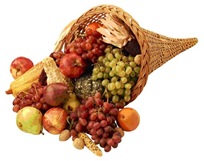