What is Saguna and Nirguna Brahman? By Dr. Harsh K. Luthar 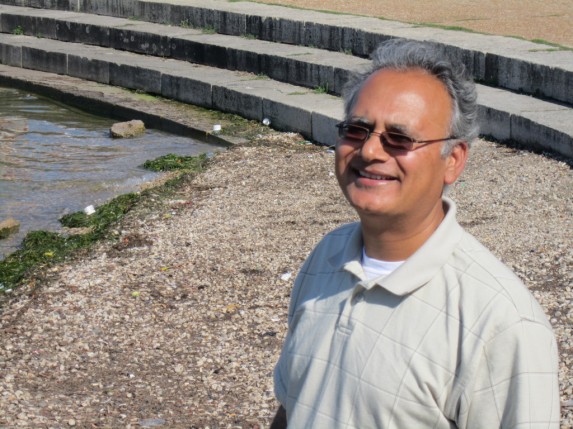 Questioner: What is meant in Hinduism by “Saguna Brahman” and how is that different from “Nirguna Brahman”

Answer: The term Saguna means “with attributes”. The term “Saguna Brahman” implies that God has a name and form and other attributes. Many Savikalpa Samadhis give rise to the (living) form of the Ishta Devata. Ishta Devta is one’s favored way of visualizing the divine. It might be Krishna, Jesus, Rama, the Goddess or some other Deity of choice.

Nirguna means “without attributes”. The term “Nirguna Brahman” implies that God as the Absolute Spirit and Pure Consciousness has no name and form or attributes. Nirvikalpa Samadhi reveals the Nirguna nature of the Self.

There are a number of books on Hinduism that discuss Saguna and Nirguna Brahman. Classic yoga texts like Patanjali’s yoga sutras explain various types of Samadhi states. All of such concepts and topics of discussion can also be found in the conversations Sri Ramana had with various visitors, scholars, and yogis for over 50 years.

The book I recommend for the devotees of Sri Ramana is “Talks with Ramana Maharshi” as it gives the context of the conversations and the flavor of the essential teaching of Sri Ramana. “Day by Day with Bhagavan” capturing the Ashram atmosphere in the 1940s is very good as well. In addition, the recollections of various devotees given in many books are quite good.

One sees that Sri Ramana was very flexible and open to people who came with a sincere desire for self-knowledge. A person’s religion, philosophy, background, race, all of that, made no difference to him. In his acceptance of all, even the monkeys and squirrels and animals who were always around him, Sri Ramana emanated a perpetual aura of kindness.

Those interested in Advaita Vedanta and Self-Realization will find the teachings of Sri Ramana Maharshi to be very helpful.

Namaste and Love to all

9 thoughts on “What is Saguna and Nirguna Brahman? By Dr. Harsh K. Luthar”