Walking up to Skandashram: By Richard Clarke

Here in Tiruvannamalai for many Westerners the focus is on Sri Ramana Maharshi and Ramanasramam. Many of these go up Arunachala to the caves where Ramana lived and taught and gave darshan.

One of these caves is Skandashram. It is perhaps one mile from Ramanasramam, up a well cared-for path, up the side of the mountain.

Ramana lived at Skandashram from 1915 to 1922. This is where his mother joined him, and started preparing meals at the ashram, rather than having prepared food carried up, as had been the case since the earliest years. After the mahasamadhi of Mother, and her subsequent interment at the base of the hill, Ramana then took residence at her samadhi, the location of the present day Ramanasramam.

I show here photos from a recent walk up the hill to Skandashram. We started about 7:15 in the morning, before it was too hot. We left out the back gate of Ramanasramam. 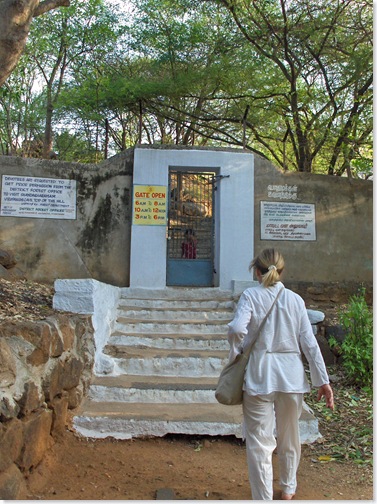 Starting up the hill 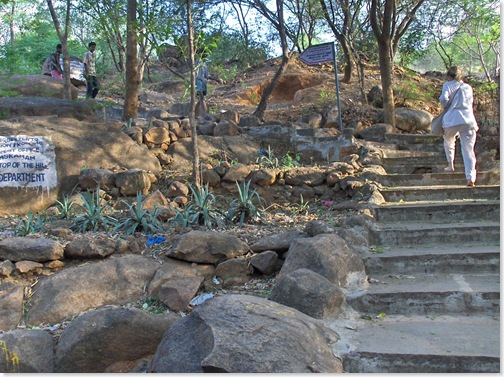 A woman working with gathered material

Up the path we go

The path is ‘paved’ with stone, from Ramanasramam all the way to Skandashram, stones set into the dirt, forming a path about three feet wide. In steep areas there are steps. Someday these stones will be smooth, after 100,000’s of feet have passed over them. Each stone was carried to the path and set into the ground by unnamed workers.

Take the right fork. To the left is an entry into the inner pradakshina path.

Carol is barefoot. Arunachala, the whole mountain, is considered to be a temple, and in India you take off your shoes in a temple. Many Westerners do not do this, but Carol goes barefoot on the walk to Skandashram. I do wear sandals. Carol gets more ‘punya,’ spiritual merit. 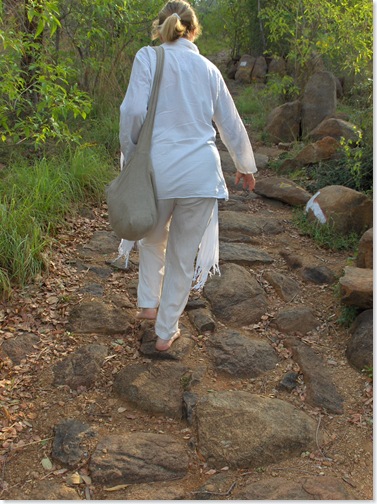 And up the hill …

Often there are people sitting and meditating here 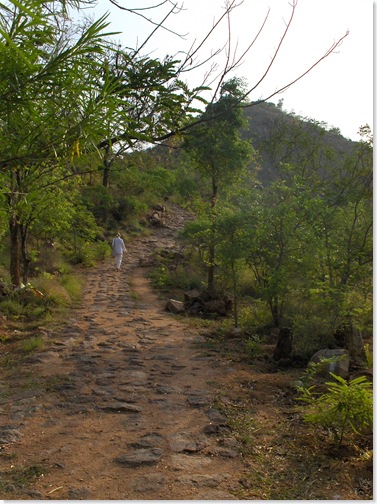 View along the way down to the city

A Sadhu is usually here – “Sivo Hum,” he may say

There are stone carvers along the way

Up to the top of the path

The view from the top of the path 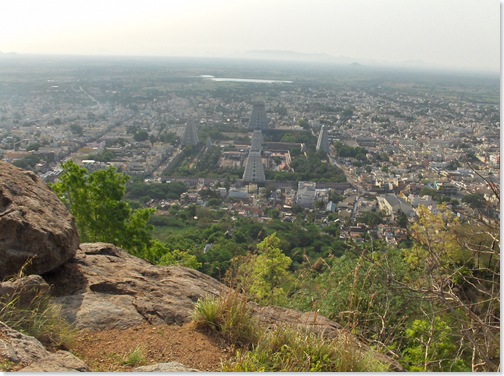 And now to Skandashram. Skandashram is the in clump of trees in the center of the photo. 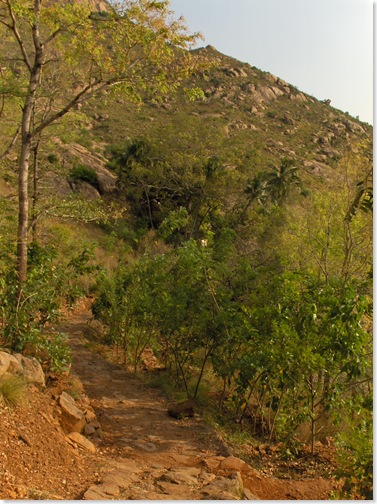 Here we are, but the gate is locked

Path down to Virapakshu Cave. It is pretty steep.

Opening the gate, walking in. The attendant unlocks the gates.

The inner chamber, with the attendant getting ready for the morning chant. This chant is wonderful to listen to. The voice is resonant, and you can hear the love for the teaching in the voice. When we go up to Skandashram, we try to get there for this morning chant. We will sit in the outer chamber, and listen to the chant and meditate, and continue the meditation after the chant is finished. 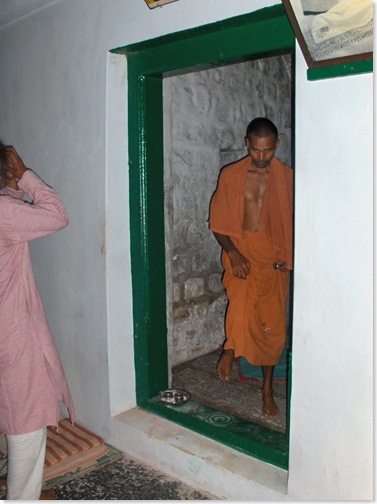 Looking out from the porch 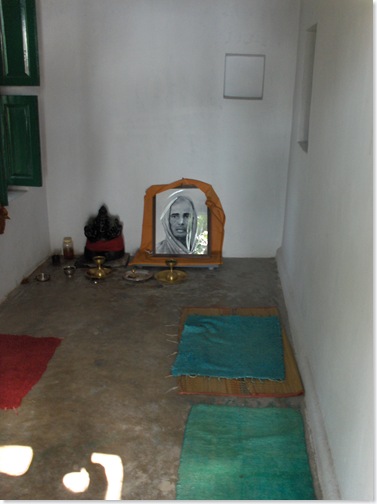 One last look around

One last look at Skandashram

Back down the path 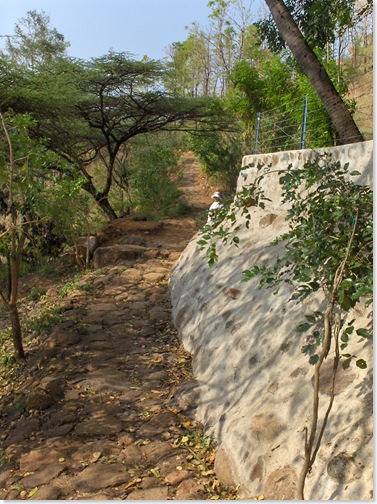 The walk down the hill was harrowing. A tree with a bees nest had fallen, and the bees chased some people down the hill. I was one of these. A swarm of bees circled around my head, stinging the back of my head several times. I was able to brush then out of my ears and off my mouth and face without getting stung there. Finally, about halfway down the hill, they stopped following me.

This is why the photos end with the one above.

One thought on “Walking up to Skandashram: By Richard Clarke”