Removing the Dross from the Mind in Meditation: By Swami Sadasivananda 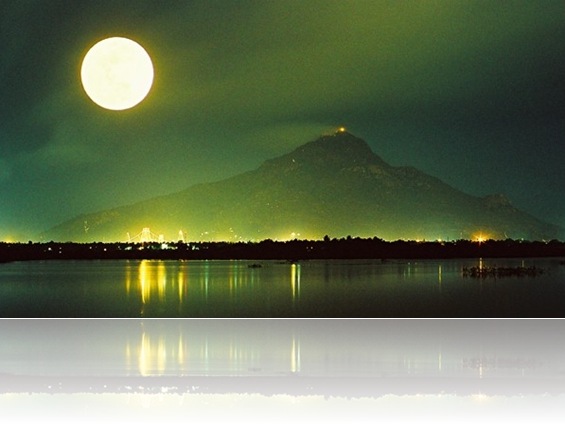 Fiery Gem, shining in all directions,
do Thou burn up my dross, Oh Arunachala!”
Five Hymns to Arunachala

In Talks, Sri Ramana Maharshi is being questioned concerning how to remove the obstacles (dross) within meditation.
D.: Impurities of limitation, ignorance and desire (anava, mayika, and kamya) place obstacles in the way of meditation. How to conquer them?
M.: Not to be swayed by them.
D.: Grace is necessary.
M.: Yes, Grace is both the beginning and the end. Introversion (meditation) is due to Grace: Perseverance is Grace; and Realization is Grace.

“The purport of prescribing meditation on the pranava (OM) is this. The Pranava is Omkara…the advaita-mantra which is the essence of all mantras such as Panchakshara. In order to get at this true significance, one should meditate on the Pranava. This is meditation which is of the nature of devotion consisting in reflection on the truth of the Self. The fruition of this process is samadhi which yields release moksha  [liberation from all aspects of mental dross, ed. note], which is the state of unsurpassable bliss.” (Collected Works of Ramana Maharshi, 6th edition, Self Enquiry #28 p. 23-24)

Further in Talks #59, Bhagavan teaches us:
D.: Was Visvamitra a rishi?
M.: When contaminated [dross produced by excessive worldly attachment, ed. addition] he was not a rishi.
D.: Can he become a rishi even afterwards?
M.: Yes. By proper bhakti he could become a good rishi. Repentance and prayer will set him right.
D.: With all your penance for so many years what have you got?
M.: I have got what need be got. I see what need be seen.
D.: Can all see the same?
M.: I see only just what all do. It is immanent in all.
D.: Is this the way for seeing It?
M.: Method may be anything. From whatever directions the pilgrims may foregather, they must enter the Kaaba only by one route (passage) or all gather only to enter the Kaaba.
D.: Please tell me two upadesas on the way to salvation as known by you.
M.: What upadesa do I know? Everything is upadesa. Worship of God is the only upadesa.

2 thoughts on “Removing the Dross from the Mind in Meditation: By Swami Sadasivananda”