Oh God, I don’t believe you
Break through my eyes and skin

If you are true, then sing through me
or make me silent for years

Editors Note: Belle Heywood is a Bodhisattva Poet and lives in Australia.

The sun, the moon

and the stars in the skies

have offered to become my eyes

so I never lose sight of you. END_OF_DOCUMENT_TOKEN_TO_BE_REPLACED 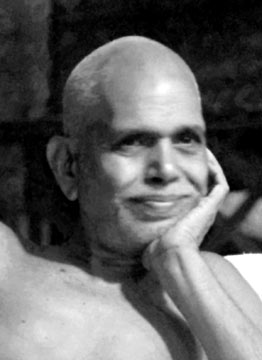 Place your burden
at the feet of the Lord of the universe
who accomplishes everything. END_OF_DOCUMENT_TOKEN_TO_BE_REPLACED

“If we had attained the full vision of Truth,
we would no longer be mere seekers,
but have become one with God, for truth is God…
Prayer has saved my life.
Without it I should have been a lunatic long ago.”

“The meaning of prayer is that I want to invoke the Divinity in me. You may describe it as a continual longing to lose myself in the Divinity which compels us all. Prayer really is a complete meditation and melting into the higher Self, though one may occasionally lapse into it, as a child would call out to its mother “Ah, Ma!” In such an instance, the greater the distance between the child and its Mother, the greater the longing within the heart of the child. Thus, in the mind of the child, the Mother is present in thought. And thought, you know, has a greater velocity than light. Therefore though the distance between Him and me is told to be so incalculably far, in truth He is so very near.

There is an eternal struggle raging in man’s breast between the powers of darkness and light, and he who has the sheet anchor of prayer to lay upon will not be overcome by the powers of darkness. The man of prayer will be at peace with himself, and with the whole world. The man who moves about the world without a prayerful heart will be miserable, and also will make the world miserable. It is a universal experience that every calamity brings the sensible man down on his knees. Millions of human beings call out for God through prayer, thus the calamities of the world are seen as a means for self-improvement.

Prayers are the only way of bringing about orderliness, peace and repose in our daily practice. He who hungers for the awakening of the Divine in him must fall back on prayer.  But it is not the recitation of a set formula. It is better in prayer to have a heart without words, than words without a heart. It must be in clear response for the Spirit that hungers for us. Even as a hungry man will relish a hearty meal, a hungry soul will relish a heartfelt prayer.

I will give you a bit from my own experience, and from that of my companions, that he who has experienced the magic of prayer may go days together without food, but not a single moment without prayer. For without prayer, there is no peace.  It is so needful for me. When it springs from the heart. prayer needs no speech. It is an unfailing means of cleansing the heart from passion. But it must be combined with an atmosphere of humility. Our prayer is our heart’s step that reminds us that we are helpless without God’s support. The greatest of human endeavor is of no effect if it has not God’s blessing behind it! Real prayer is an absolute shield and protection against evil. But God does not always assent by our very first effort through prayer. We have to strive against ourselves. We have to believe in spite of ourselves. We have, therefore, to cultivate inimitable patience, if we are to realize the efficacy of the prayer. There is the darkness, disappointments and even worse, but we must have courage in us to battle against all these and not succumb to cowardess. There is no such thing as retreat for the man of prayer.

It may take time for the recitation to come from the heart, even as the seed that is sown has to be nurtured and bears fruit only in due season. If the desire to have God within us is there, progress however slow, is bound to be. Man cannot be transformed from bad to good overnight. God does not exercise panic. He too is within His own law. His law is written on the tablets of the heart. There can be no fixed role laid down as to when a devotional act should take place. It depends on individual temperaments. There are precious moments in one’s daily life, these are exercises intended to soften and humble and enable us to realize that nothing happens without His will, and that we are but clay in the hands of the Potter. These are moments that one can use when one’s need confesses ones weakness, asks for forgiveness, and strength to be and to do better. One minute may be enough for some; 24 hours would be too little for others.  For those who are filled with the presence of God in them, to labor is to pray. Their life is one continuous prayer, or act of worship. For those who act only to sin, to indulge themselves, and to live for self, no time is too much.  If they are patient and have the will to be pure, they would pray until they feel the definite purifying presence of God within them.

For us ordinary mortals, there must be a middle path between these two extremes. We are not as exalted to be able to say that all of our acts are a dedication, nor perhaps are we so far gone as to live purely for self. Hence all religions have set apart time for general devotion. I believe that prayer is the very soul and essence of religion and therefore prayer must be the very core of the life of man.”

A note from Swamiji on the source of the quotes above:  ” This was from a transcription I was doing of a speech,
in which the speaker was reading from an unknown compilation of all 100 of Gandhiji’s volumes!
But the words of this saint, not just Mahatma, are unmistakably Divinely inspired.